The Region of Sapa, Vietnam

Sapa, Vietnam.  Using iPhone 4 Pano application
During the dog days of Summer in Hanoi, the Vietnamese take bus or train trips up to the Sapa region of North West Vietnam.  It is known for the terraced rice farming.  This sort of farming can also be found in China. 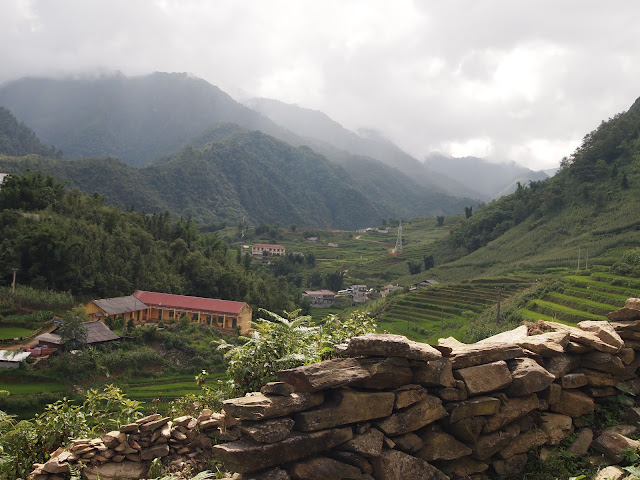 Terraced farming is pretty much the norm in Sapa.  Similar forms of farming also occurs in Southern China, and it also called "step up" farming in Japan.  Essentially it is a form of adaptation to the agricultural limitations of the area. Sapa is largely an area entirely devoted to the growing of rice.  The fields turn yellow when the rice is close to being harvested.  Water is also heavily managed in the area with a series of canals, paddy fields and other water effects.  This is a water pump.

This was taken using my Olympus EPL1.  Effectively, I've ditched the DSLR for the sake of weight.  Some of my shots are not being composed and shot using the iPhone4.  Still, you do need a full format camera lens to get any sort of detail.  Below is a shot of a loom in a shop/house.  This is located in a location called Cat Cat. Most of the hotels are also called Cat Cat by the way.  What you will see is that the tourism component of the region has expanded drastically.  It has changed the way the Hmong live now too. 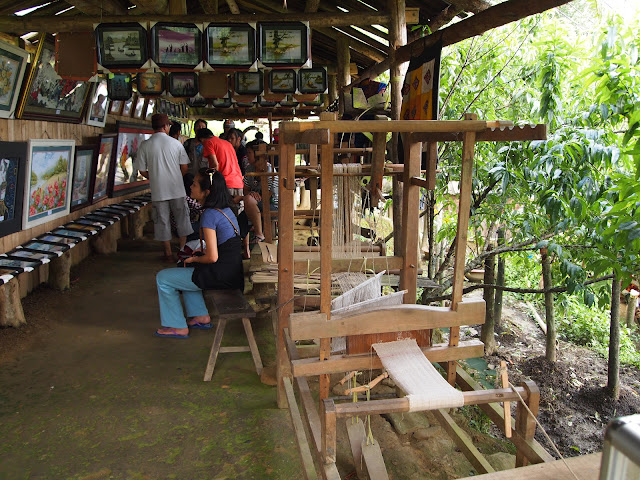 Another economic engine for the area is textile.  Most of the Hmong can be observed wearing their distinct indigo blue clothes.  They also have converted their villages into tourist destinations.  This is an example of showcasing their textiles.  When you arrive, Hmong follow you around trying to sell you textiles, silver bracelets and other stuff. 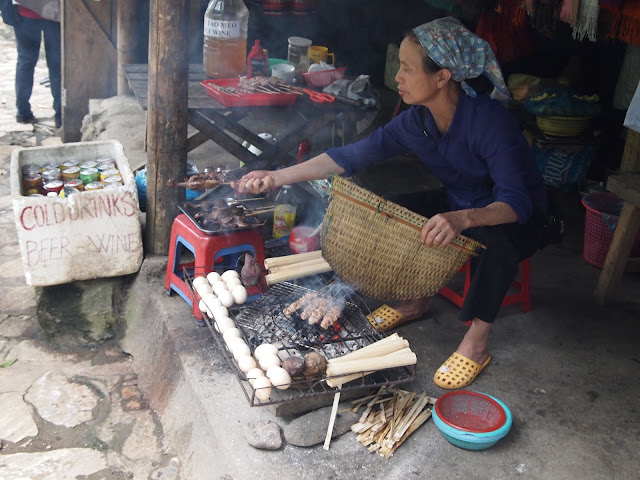 Street food is quite evident throughout the area.  Here, the local villager is grilling sticky rice that has been stuffed into bamboo.  It is actually quite tasty. 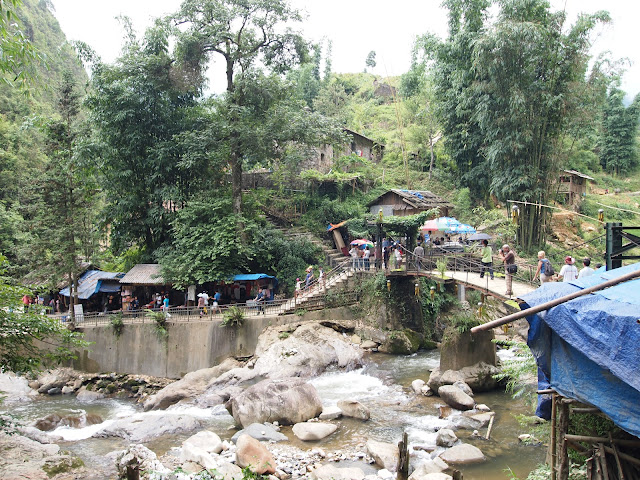 Sapa is actually very unique in Vietnam.  The area is largely populated by the hill tribes, but they have adapted to the tourism component. 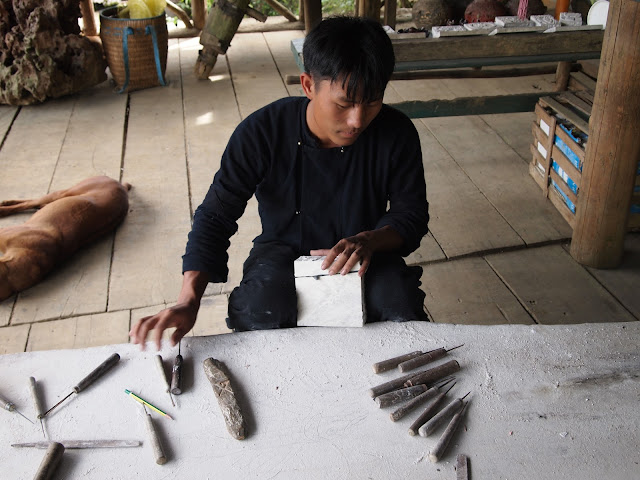 This man is making sculptures out of a soft white rock here.  The tools of the trade are displayed before him.  Again, with the new economic model set by Doi Moi policy changes, commerce is emerging in all parts of Vietnam.  But with such changes, life has also changed for many.  It has extended to the hill tribe people, who converted their homes into a tourist attraction.
Posted by Sensei Maruyama at 9:24 PM