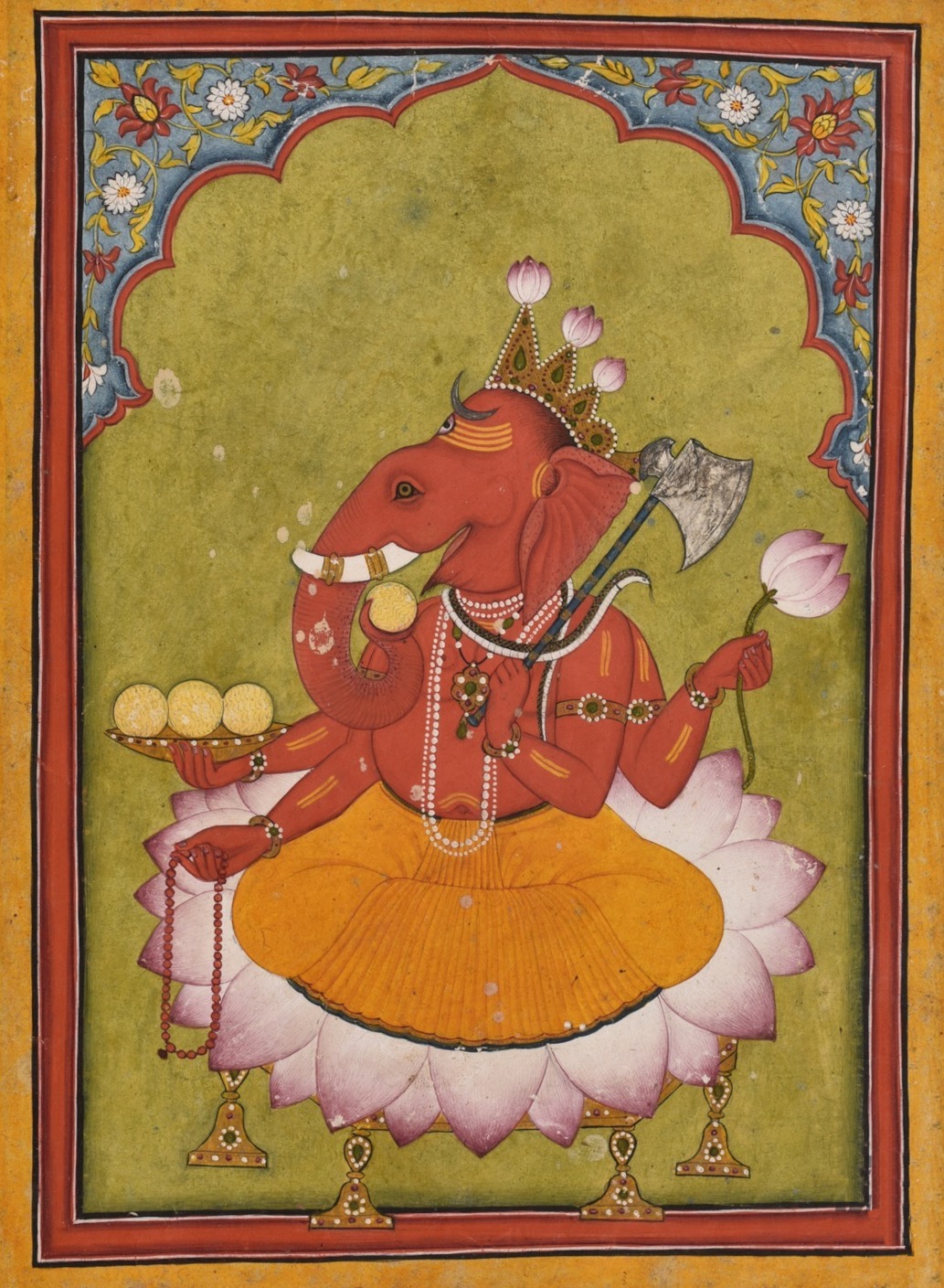 Although Thailand is often described as a Buddhist country, there are huge elements of Hinduism in the culture.  In fact, if you look at many spirit houses, there are often Hindu gods.  One of the most prominent is Ganesha.  You see various statues in spirit houses, and you also see him in the Thai Wats (temples).  I can only describe Thailand's Buddhism as a blend.

Thailand and to a certain extent Vietnam are complex amalgams of centuries of convergences in cultures and ideas.  Vietnam has a different sensibility than Thailand.  Underlying Thailand's world is an undercurrent of Buddhism, Hinduism and Animism.  Everything potentially is subject to spiritual worship.  The temple down the street in Huai Kwang has two petrified trees which represent long lost lovers.  Around the corner from my rented room, there is a corner which has a number of altars, none of which is Buddhist per se, but rather Hindu in origin.  Ganesha is very prominent. The world literally feels alive here.  Even in the cacophony of Bangkok traffic, there is a spiritual aspect to the country that differs vastly from what I would call the spiritual wasteland of America despite all the churches and religions. 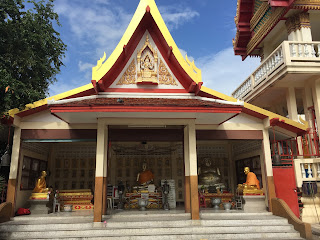 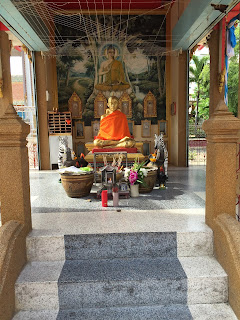 And yet, there is the dark undercurrent of a Vegas style atmosphere that some foreigners and locals look for.  Between the temples and spirit houses, there are massage parlors.  For all the years I've been in this part of the world, I refuse to do massages either legit or otherwise.  My personal space is my personal wall.  To go to this part of the world, you must have self discipline.  In other words, you must be Buddhist.  Don't be a Catholic and think the country is one big Fat Tuesday romp.

You can have too much of the dark side of Thailand.  Many an old Farang (Westerner) live and die in Thailand.  For many, they commit suicide.  They've had to redo the walkways of the Bangkok Airport due to several Farangs who being forced to return home decided to jump to their deaths.  Several million baht to prevent Farangs from suicide.  The other thing about Farangs in Thailand is that they are automatically considered to be perverts and to be social trash.  In other words, they are discriminated against, as they no longer are the majority, but a small expat minority.  Russians are often connected to organized crime.  British, Americans and Canadians and to a certain extent more Europeans are perceived as either perverts or old men trying to extend their midlife crisis.  Japanese are here largely for business.  The Chinese are well, the Chinese.  It's a international intersection of both moral and shady agendas.

Why am I here?

Perhaps I am in pursuit of Ganesha.  Ganesha broke off his tusk to write the Mahabharata.  To a certain extent, I've written my Thailand play already.  For the most part, it will never be produced, but I wrote it anyways.  It is also said that Ganesha is manifestation of the gods that favors the artist and writer.  Well, as a writer, I need all the gosh darn help I can muster.

A Viet friend of mine said that I was not Japanese, but more Thai or Vietnamese.  Ever since the fateful day that my Thai friend from high school asked me to help him with his Andaman Tsunami relief work, I've been flying.  Add the Fulbright Hays GPA grant in 2010, well, that sealed it.

Perhaps I come here to pray to Ganesha to give me the will to compose a play, a poem or a novel.  I'm no Graham Greene.  But then, he was a product of his time, as am I.  Ultimately, it seems that people are always in search of a spiritual grounding for themselves.  In Thailand, and to a certain extent Vietnam, it feels more alive here.

You can throw any seed into the ground here, and it will grow.  I'm planting seeds of ideas.  What will grow?
Posted by Sensei Maruyama at 1:04 AM