Hanoi, it's been a long time.

Hanoi.  I'm back in this town, on the same street, and actually in the same hotel room that I had booked last time I was here.  This time, I'm pretty much going local.  No tourism guide hitch for me.  I'm going native, or actually I'm going to be escorted by Hanoi friends.

I was met at the airport by my friend, Bich.  When it was time to get over to the Hanoi Boutique Hotel 1, well, let's just say it was a roundabout trip.  Being pretty much lost in terms of the Vietnamese language, I could tell that Bich was sort of irritated with the taxi driver.  She told me later that the driver was taking us the long way around to the Old Hanoi quarter.  What I did get was a good 101 picture of Hanoi traffic.  At first, it is sort of amazing that anyone would want to drive.

1.  Bigger the vehicle, the better the right of way.
2.  Pedestrians beware.  Walk steady.  The bikes will go around you.
3.  It's chaotic, but apparently everyone sort of rides within certain understood rules. 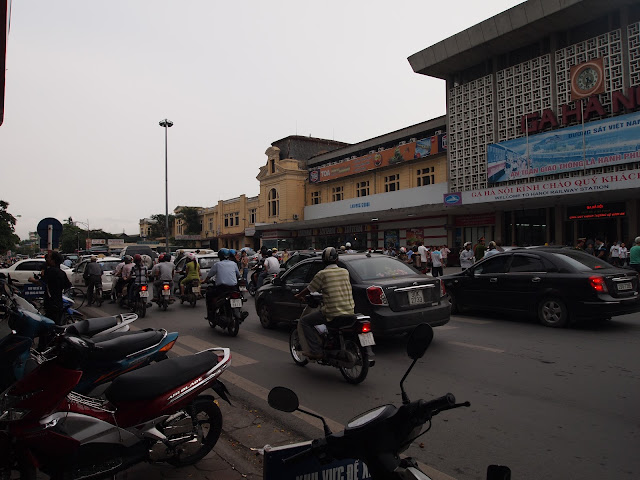 As you can tell, there are more motorbikes than necessarily cars.  This is what differentiates Hanoi from Bangkok.  The one thing that I did observe is that it is still possible to go to more than one place in Hanoi.  It's almost impossible in Bangkok with terminal gridlock in the heart of the city. 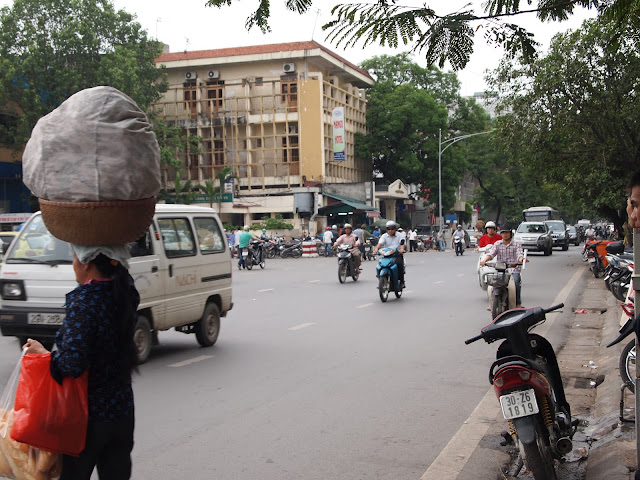 Occassionally, you will see merchants literally carrying their wares on the top of their heads.  In Vietnam, it seems that there is no license fee issue.  Want to start a business?  Put something together off the top of your head and go for it.
Posted by Craftsman Village Historical District at 7:01 PM