After I settled in, I had dinner with my friends in Hanoi.  I had to drop off a load of stuff that I was bringing to them from the US.  One thing about the amount of stuff was that it forced me to pack more efficiently.  I've pretty much gotten to the point where I could pull off a one bag trip, but because I am carrying liquids, the carry on option was null and void.  It's amazing what you can pack in a 25 inch bag.

I took a taxi ride to the restaurant.  One of the interesting set ups is how the architecture is governed.   They asked what I would like to order.  Japanese OK?  I said, Hanoi food.  So I got Hanoi food.  This is a sample.  It's not like Thai food in which the heat level can be volcanic. 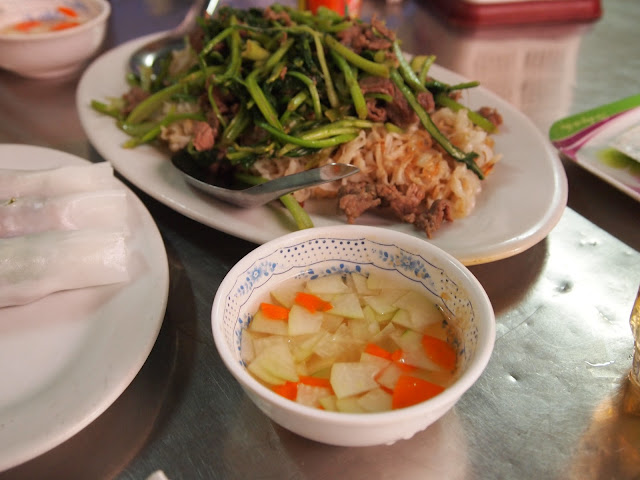 The way things appear to go is that with many big meals, they have some libations.  Usually, they cheer every once and a while, but they don't really pound the suds down.  Each meal seems to be accompanied by some sort of drink whether or not it is coffee or beer or whatever they decide to toast. 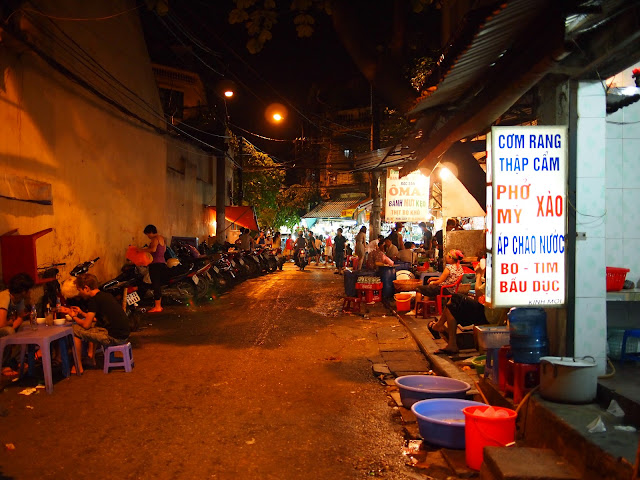 Restaurants can literally open up anywhere.  For example, in the Old Quarter, you often find Pho stands in the narrow alleyways of the city.  This place always seemed to be crowded. 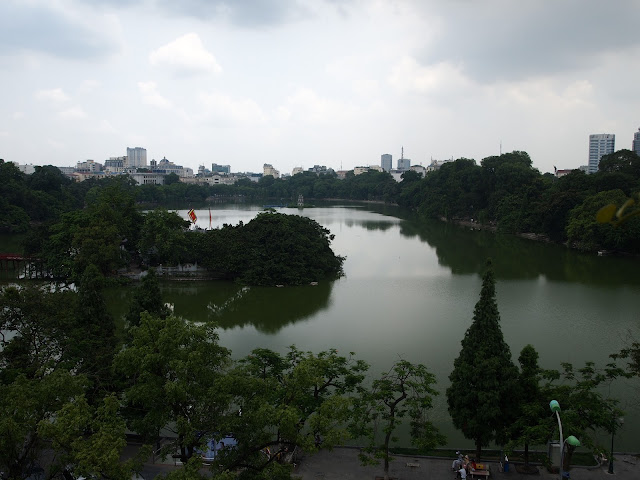 There are incredible views.  I went to this coffee place next to the Hoan Kiem Lake.  Supposedly this lake has some turtles which apparently are considered to be sacred in Vietnamese culture.
Posted by Craftsman Village Historical District at 7:22 PM