Hanoi is a hot city.  It is an ancient city.

Recently, I took a motorcycle ride with a friend to eat at a Hanoi restaurant, not frequented by the tourists. Afterwards, he took me to an area which is heavily populated by Lotus farms. 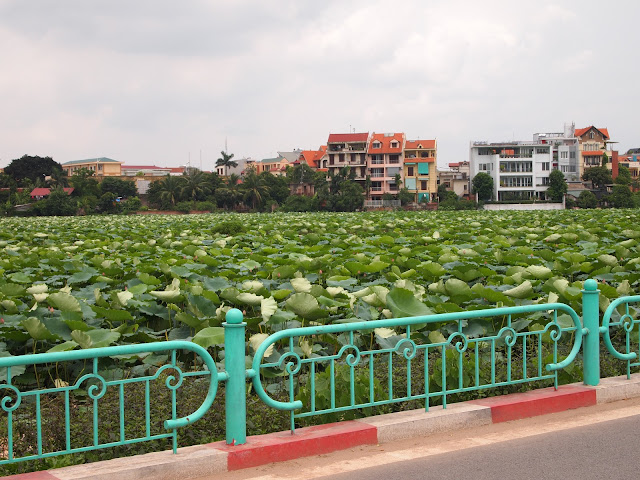 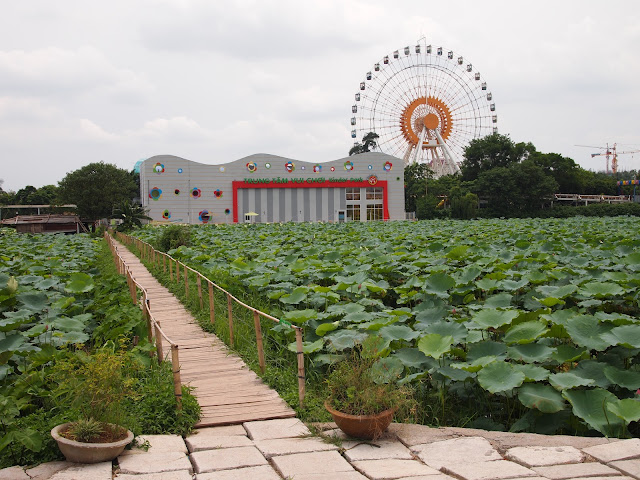 Incredibly, the lotus has a number of uses.  Lotus root is often cooked.  The lotus flower is often quite desirable.  The lotus seeds are snacks.  Each of the colors of the lotus in Buddhism has an associated symbolic component to it.
Most often, I see pictures of brides posing with the flowers, or posing in lotus fields.  In talking to my friend, he told me that many couples take their wedding pictures in lotus fields.  Apparently, there is a huge industry surrounding the notion of wedding pictures in Vietnam.  You travel to places just to take these pictures.  The wedding hasn't even started in a year yet.  The people sitting next to me came with an entourage.  The girl came in a wedding dress.  The photographer came with his full DSLR rig.  The wedding wasn't scheduled until another year. 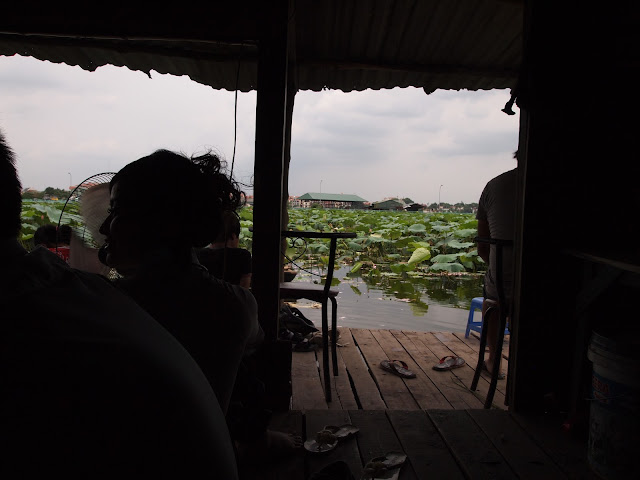 In the meantime, I just sat there and had some tea.  I pondered about this aspect of weddings in Vietnam.  It's so different than the US.  We can just go to Vegas and get married by an Elvis impersonator. 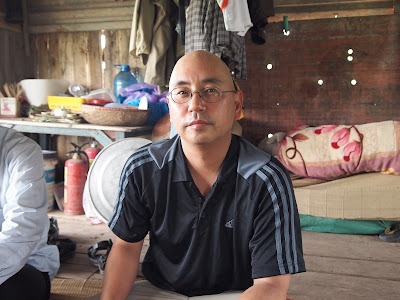 But then, I'm able to have tea in a shack next to a wedding party. By the way, it seems that drinking hot tea during the day is also a thing to do in Vietnam.