Finally, I get the Art Scene's problems

One of the first place I visited was in Saigon.  The Military History Museum or one of many of these museums that seem to dot every single city in Vietnam should have given me an earlier signal in terms of what to expect from the Arts in Vietnam. 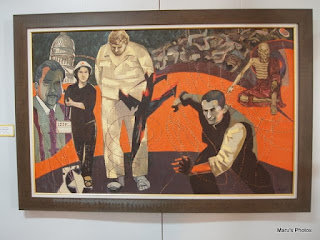 This is the type of art that is displayed at the Military Museums.  There is a distinct Soviet type of feel to the design.  Art serves the State.  The State is not subject to the Arts. 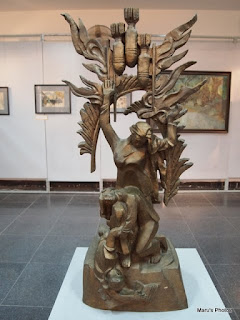 Complex sculptures are often focused on the War.  It seems that war is a central part of the psyche of Vietnam, but then this might be understandable given the long history of perpetual war that the country has experienced in the 20th Century.  Remember, essentially, Vietnam has only been at a state of peace since the late 1990s to the present.  It is difficult for much of the nation to think of itself outside of the concept of being in a state of war.

When you go to the Fine Arts Museums in Vietnam, there seems to be a common theme.  This is a painting that is often put into posters.  Ho Chi Minh meets the Ethnic Minorities.  Today, there is a complex relationship between the ethnic minorities and the Vietnamese Govt. 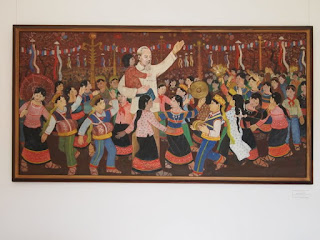 Underneath it all, there is this underlying need to rebel with many of the artists.  Let's face it.  This sort of work does restrict the creativity of the artist when it comes down to aesthetic choices and presentation.  This gets more complicated with the issue of the literary arts, as it became clear that the only books being published were mostly about romance, sex and the glories of the past wars against the colonial devils.
There is hope however.  Creativity often can survive very limited circumstances.  I am thinking of Shostakovich.  He happens to be one of my favorite classical composers, but he also created his texts under the censorship of the Soviet Regime. 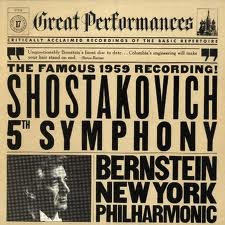 The 5th Symphony has a complex background.  Initially, Shostakovich was getting effectively hammered by the censors for his opera,  Lady Macbeth of the Mtsensk District.  As he tried to react to the political hammering by the censors for such a sexually charged character like Katerina from supposedly Stalin, he came back with a more controlled but ultimately more effective 5th Symphony.
Shostakovich proved that you work within the system and yet create a beautiful text.  For music, this seems to be something quite possible.  Socialist Realism was the bottom parameter, but it was still possible to stretch the lines a bit.
What is the future of Vietnamese art?  I am looking for the next Shostakovich.
Posted by Craftsman Village Historical District at 6:58 PM