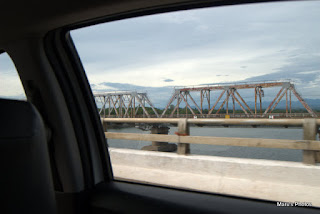 Random spots.  We were not planning it, but we hit the Quang Tri Citadel.  On the way over, Brian noted a bridge that the Americans had taken out during the 1972 NVA Easter Offensive.  Our taxi driver noted that there was a location of a major battle in 1972.

The Battle for Quang Tri Citadel in 1972 was probably the ARVN's most significant victory.  It is also not a tourist spot for most Americans.  It was a pure Vietnamese battle with the exception of US Airpower and Naval support.  Some bloggers noted how good the ARVN really were and quote this battle.  It is now a huge cemetery.  There was not an ability to properly sort through the bodies, so the entire battlefield ended up becoming a mass grave. 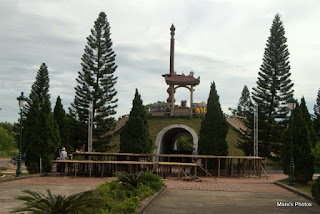 On the top of this memorial, people lay flowers for the dead. 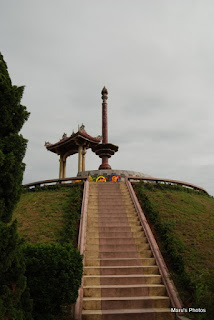 To do so, you must walk up the stairs. 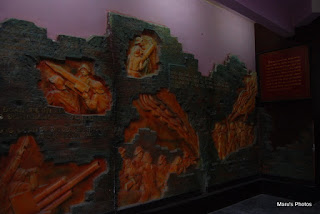 In the museum, they have the obligatory sculpture of brave NVN soldiers. 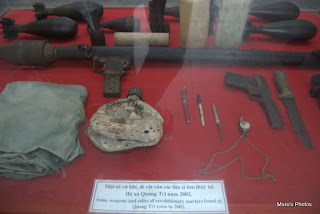 Some artifacts from the battle. 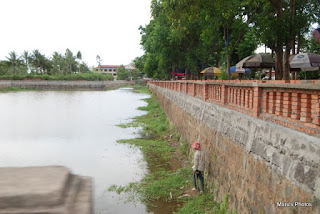 A view of the wall. 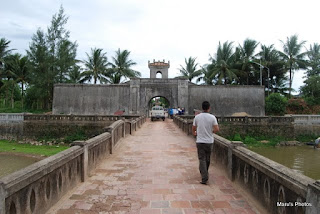 The bridge to the citadel 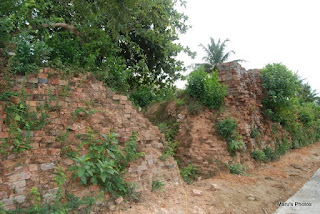 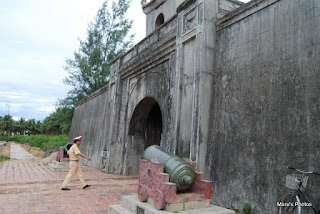 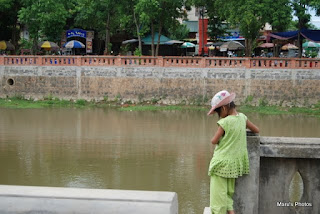 But the war is over.
The Second Battle of Quang Tri begin in June 28, 1972 and lasted until September 16, 1972.  In total, there was 81 days of combat.  10,000 plus NVA soldiers perished in the battle in which the ARVN managed to recapture the Citadel with the help of American Air power.  On average, a platoon was sent to reinforce the Citadel by the NVA, but most of those sent in died.  Ironically, I met one of the survivors.  I think he indicated that only 23 men survived the battle, but I have to go back to my notes to make sure that is accurate.  I'll just put the picture back here although it is part of another blog post. 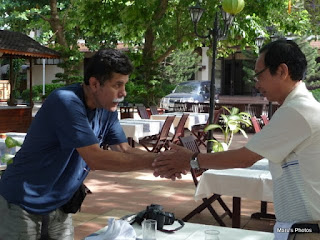 Same person that we met in Da Nang is the man who survived the Second Battle of Quang Tri Citadel.  This is our meeting the next day.
Posted by Sensei Maruyama at 7:28 PM