On the way, we ended up in Narita Airport, specifically Terminal 2.  I've been through the airport several times, but some of the others have not. 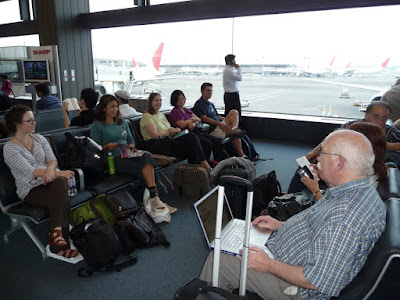 After being stuck in an American Airlines plane for 10 hours, we were urged to hurry up and wait for 2 hours in Japan.  It was muggy.  I thought, "It's the precursor."  Unfortunately, it is not enough to see much of Japan.  To get to Saigon, well, it was another 5 hours in a Japan Airlines flight.  Service was pretty good.
Well, the crew landed safely in Vietnam.  The fiscal cut backs with American Airlines was tangible, as they now charge for alcohol and other such things.  When we exited the airplane, everyone was hit by the humidity and temperature.  Welcome to Vietnam and South East Asia my friends. 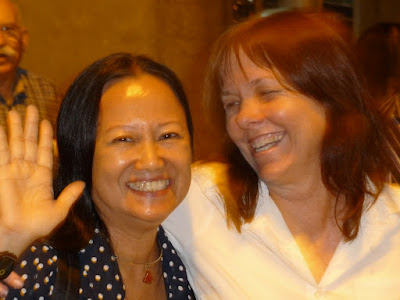 When we arrived, it was hot and muggy.  This is around 10:00 in the evening.  Our handler met us at the airport and immediately started to herd a bunch of college professors into a bus to go to the hotel.  Let's just say we are happy to have a guide.  Debbie certainly was happy. 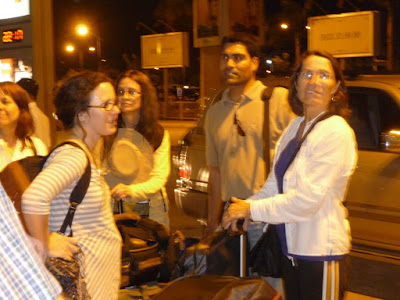 This pic is sort of out of focus.  By this time, we were all out of focus and thinking, "Is this the place?"  Play a sample of Taking Head's song from the 80s, now in your head.
Posted by Sensei Maruyama at 5:43 PM