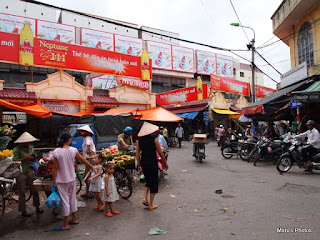 is one of the oldest cities in .  Once you get off the airplane, you get a clear sense of a different type of city versus Saigon/Ho Chi Minh City.  The traffic initially might seem more relaxed until you see it in full display during the daytime.  Although the old section of restricts vehicles of a certain size, there is still a lot of traffic.  We stayed at the Hanoi Boutique Hotel.  It was still perpetually under construction.  My room had a shower in the living room.  Sort of weird, but there would be more weird things in . 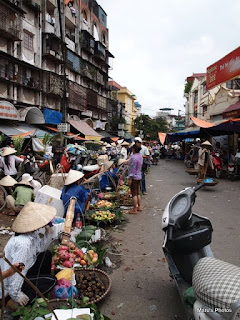 There are a number of street vendors almost everywhere. 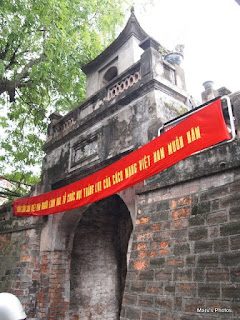 You enter the Old City of Hanoi, and you can see a gate. 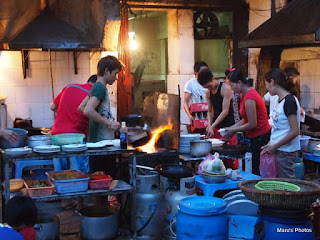 Street food is very prominent in Hanoi.  It's very different than the USA which won't allow such a thing. 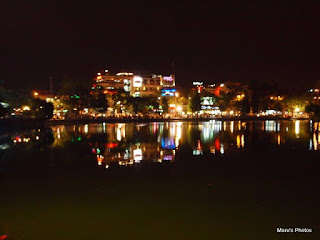 Hanoi at night near the Old City. 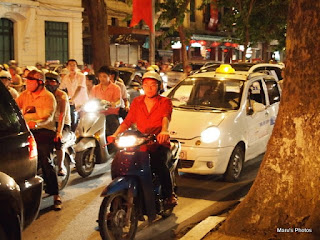 The traffic is unbelievable at 10:00 PM
So, you get the pictures.  Very different city.  Very different vibe.  You know you are in an old city when landmarks are older than the United States.
There are several things that you do when you go to .  You see the Ho Chi Minh Mausoleum, and you see a few of the museums and the lakes.  A visit to the Mausoleum is like visiting some sort of religious site.  It is strictly controlled.  Ho Chi Minh supposedly didn’t want to be preserved like Lenin, but then I wonder how you can preserve a body in such a manner without natural deterioration occurring.  The presence of Ho Chi Minh in the psyche of the Vietnamese is quite pervasive.


In my search for literature in Vietnam, I was hoping that a visit to the Museum of Literature would yield some findings.  Oh, how I was in error.  It was a place where people go to pray for academic success, not a place for academic research.  Bummer. 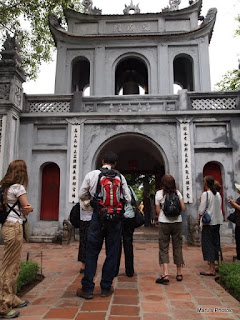 So, this is the Museum of Literature.  Right.  I get it. 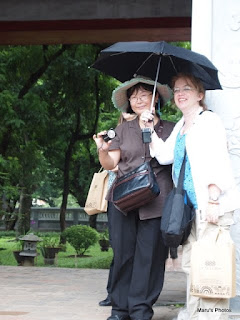 Well, at least it was a photo opportunity for Joy and Laurie. 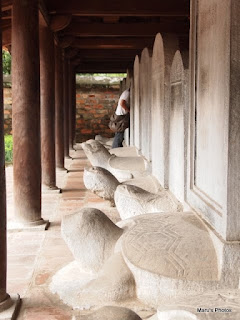 You are supposed to rub the head of the turtles for good luck.  I needed all the luck I could get.  So far, not a whole lot of literature for me to compile into a bibliography of contemporary literature.  Supposedly, everything happens in Hanoi, but what I can gather, everything but literature is happening.  Art is also something that seems to be regulated.  There is a freedom of speech in Vietnam, but there are still limits.  As the economy changes, I am waiting to see how the humanities and arts follow.  Vietnam is a work in progress.
Issues:
1.  It is a country that basically transitioned from a rural farm based economy into a market economy.  It skipped the industrial revolution.
2.  It is a country that has adopted market economy dynamics, but it still retains the vestiges of the old Communist old guard of the wars.
3.  The people are caught in between the two stress factors.
Posted by Sensei Maruyama at 6:56 PM