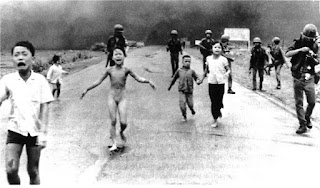 "Nick Ut / The Associated Press"
This is the famous photograph of a girl who was napalmed.  In fact, it won the Pulitzer.  Napalm is some nasty stuff.  Ironically, Nick Ut, the photographer, was not trying to take the picture, but rather it happened spontaneously.  Kim Phuc was running away from the North Vietnamese Army on June 8, 1972.  She was running from the Cao Dai Temple.  The South Vietnamese Air Force mistook the Cao Dai temple refugees as military.  The fact that a number of ARVN soldiers were mixed in didn't help much.  Basically, the entire story is about "friendly fire."   There is much debate about the facts surrounding the napalm bombings.  There is a website that cites a Ronald Timberlake, who stated that it was a pure Vietnamese operation.  Whatever the facts, it has become an example of Cold War collateral damage.
What does it look like today?  1st we must look at the location in which she was fleeing.  Cao Dai Temple.  Cao Dai is a religion primarily practiced in the South.  It's a complex religion with various elements of Taoism, Buddhism, Catholicism.  What is really strange is the prayer pattern.  They pray for an hour 4 times of the day.  It feels almost monastic.  The All Seeing Eye is also sort of unusual. 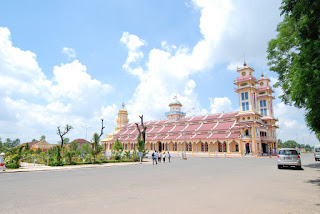 The Cao Dai Temple is located in Tay Ninh.  It also happens to be the center of the religion as the Holy See is located at this place. 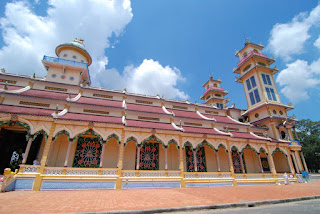 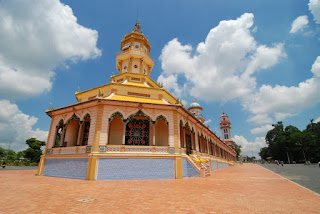 This is a wide angle shot of the temple. 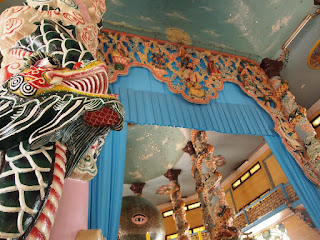 Note the unusual architecture on the ceilings.  Note also the eye. 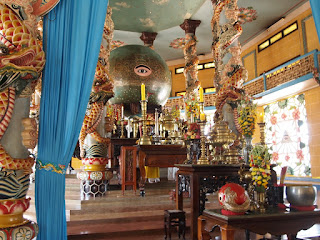 This is the center of worship for the services that are conducted on a regular basis. 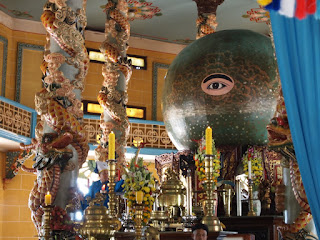 It looks rather like the dollar bill eye to me.
Okay, this is where the people were hiding out from the North Vietnamese Army.  Be aware that this location is not too far from Saigon.  Yes, we are less than a day drive away from the heart of the city.  So the scenario is that Phan Phuc sees trouble, and the rest of her family decide to flee.  So they head down the road, and then they get napalmed.
As stated in Lonely Planet, Tay Ninh is on Highway 22 which passes through Trang Bang where Kim Phuc got napalmed.  This is how it looks today.  Of course, it has been several decades. 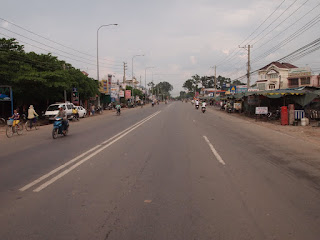 Note, there are buildings. 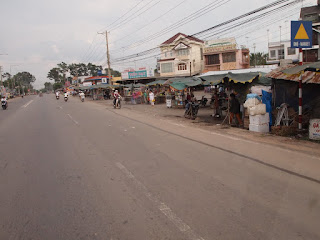 This road looks like any other road in Vietnam. 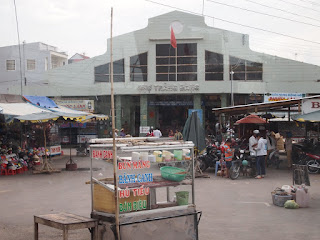 Buildings have been built. 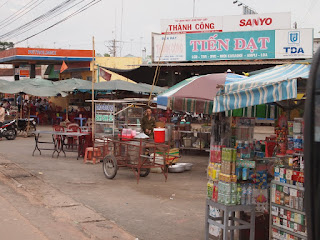 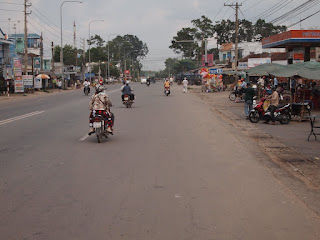 Another view of the highway. 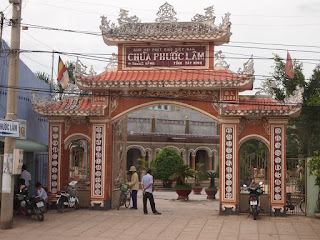 This is a temple named after Kim Phuc located around where the photograph was taken.  Essentially, her picture became the postcard for the Vietnam War.
Posted by Sensei Maruyama at 4:16 AM